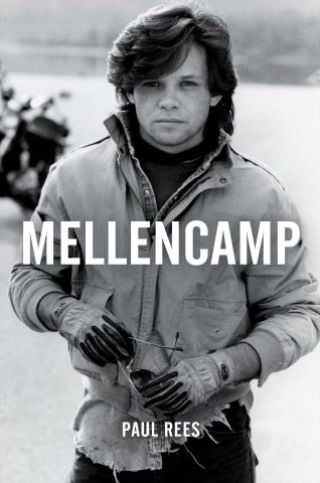 The definitive biography of John Mellencamp, the iconic American rock and roll original, featuring exclusive in-depth interviews and never-before-told details. Perfect for fans of Janis and Born to Run.

John Mellencamp is not your typical rock star.

With music inspired by the work of William Faulkner, John Steinbeck, and other giants of American literature, he has experienced a colorful career unlike any other. Now, this fascinating biography fully charts the life of one of this country’s most important voices in American music.

Mellencamp’s story is also the story of the American heartland. His coming of age as an artist and evolution into legendary status directly reflected the major changes of the last fifty years. From the Summer of Love to the growing divisiveness of American politics and beyond, his music has served as the backdrop to this evolving country for millions of fans.

Featuring exclusive interviews with friends, family, and colleagues, and exploring everything from the founding of Farm Aid to his induction into the Rock and Roll Hall of Fame, this is a fresh and expansive look at a true original.

Paul Rees: Paul Rees has written about music for over twenty years. In that time, he has interviewed everyone from Paul McCartney, Bruce Springsteen, and Madonna to Bono and AC/DC. Rees is the author of Robert Plant: A Life, and served as Editor of two of the United Kingdom’s most successful and long-standing music publications, Q and Kerrang!. He lives in Scotland.