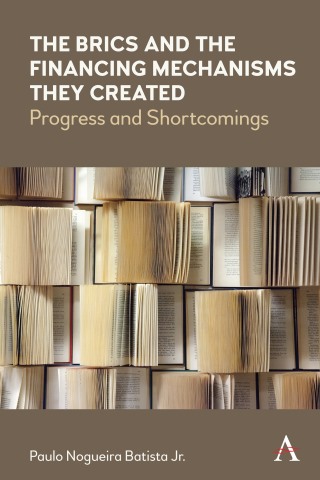 The BRICS and the Financing Mechanisms They Created

The book provides an assessment of BRICS cooperation, focusing on the new financing mechanisms created by the BRICS, the monetary fund and the development bank. It is shown that Brazil, Russia, India and China, joined later by South Africa, share common traits that led them to cooperate in the reform of the international financial architecture, especially the G20 and the IMF. After 2012, in light of the difficulty of having advanced countries agree to move from “tinkering at the margins” to fundamental reform of the Bretton Woods institutions, the BRICS decided to establish their own monetary fund, named the BRICS Contingent Reserve Arrangement (CRA), and their own development bank, named the New Development Bank (NDB). The book describes the difficult negotiations among the BRICS between 2012 and 2014. Some of these difficulties revealed the weaknesses that would lead the CRA and the NDB to make slow progress in the first years of their existence. The book provides an overview of the strong points and weaknesses of the initial phase of these financing mechanisms. It ends with a discussion of the future of the BRICS, highlighting that joint action by the five countries is likely to remain an important feature of the international landscape in the decades to come.

Paulo Nogueira Batista Jr. is an economist and former Vice-President of the New Development Bank in Shanghai and former IMF Executive Director in Washington.