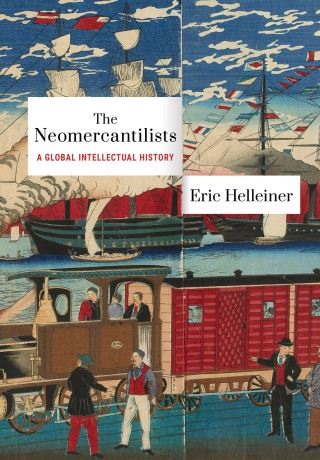 At a time when critiques of free trade policies are gaining currency, The Neomercantilists helps make sense of the protectionist turn, providing the first intellectual history of the genealogy of neomercantilism. Eric Helleiner identifies many pioneers of this ideology between the late eighteenth and early twentieth centuries who backed strategic protectionism and other forms of government economic activism to promote state wealth and power. They included not just the famous Friedrich List, but also numerous lesser-known thinkers, many of whom came from outside of the West.

Helleiner's novel emphasis on neomercantilism's diverse origins challenges traditional Western-centric understandings of its history. It illuminates neglected local intellectual traditions and international flows of ideas that gave rise to distinctive varieties of the ideology around the globe, including in Latin America, the Caribbean, Africa, and Asia. This rich history left enduring intellectual legacies, including in the two dominant powers of the contemporary world economy: China and the United States.

The result is an exceptional study of a set of profoundly influential economic ideas. While rooted in the past, it sheds light on the present moment. The Neomercantilists shows how we might construct more global approaches to the study of international political economy and intellectual history, devoting attention to thinkers from across the world, and to the cross-border circulation of thought.

Eric Helleiner is Professor in the Department of Political Science and the Balsillie School of International Affairs at the University of Waterloo. He is the author of five previous books, including The Forgotten Foundations of Bretton Woods and The Status Quo Crisis.